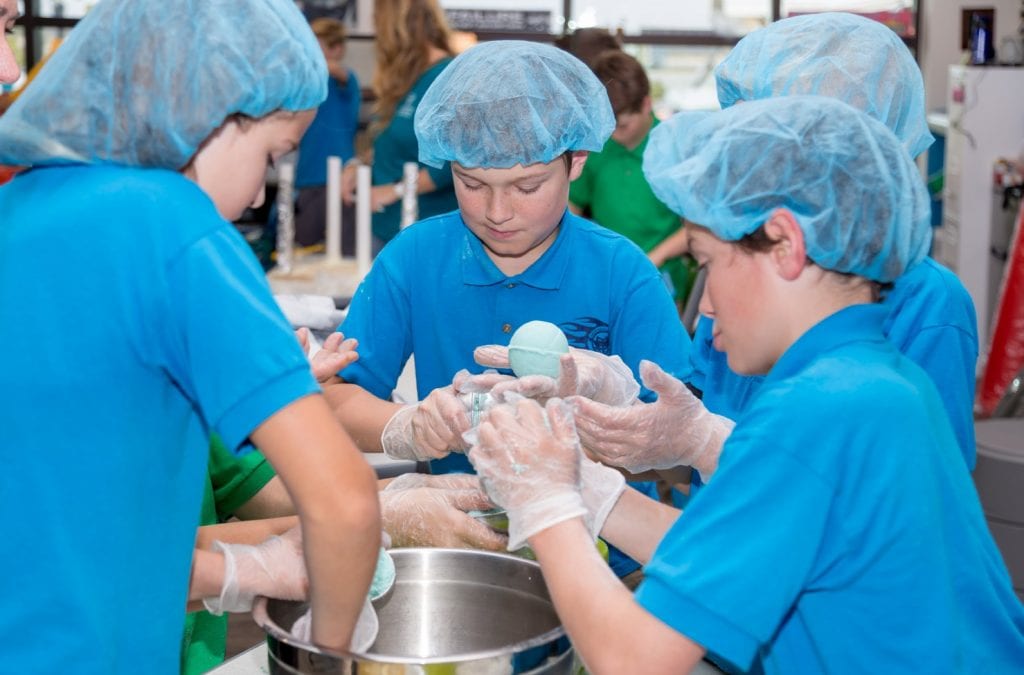 The students at the Babcock Neighborhood School have been learning to cook up some pretty interesting things. Student entrepreneurs are in the research stage of recipes for beauty products, such as lip balm and soaps, that eventually may be sold at Slater’s Goods and Provisions. They recently brought one project to fruition when they built a solar cooker that allowed them to win first place at the DEP/IMAG Solar Cook-off in December. The school’s team won $500 by cooking a chicken teriyaki stir fry with only the rays of the sun. 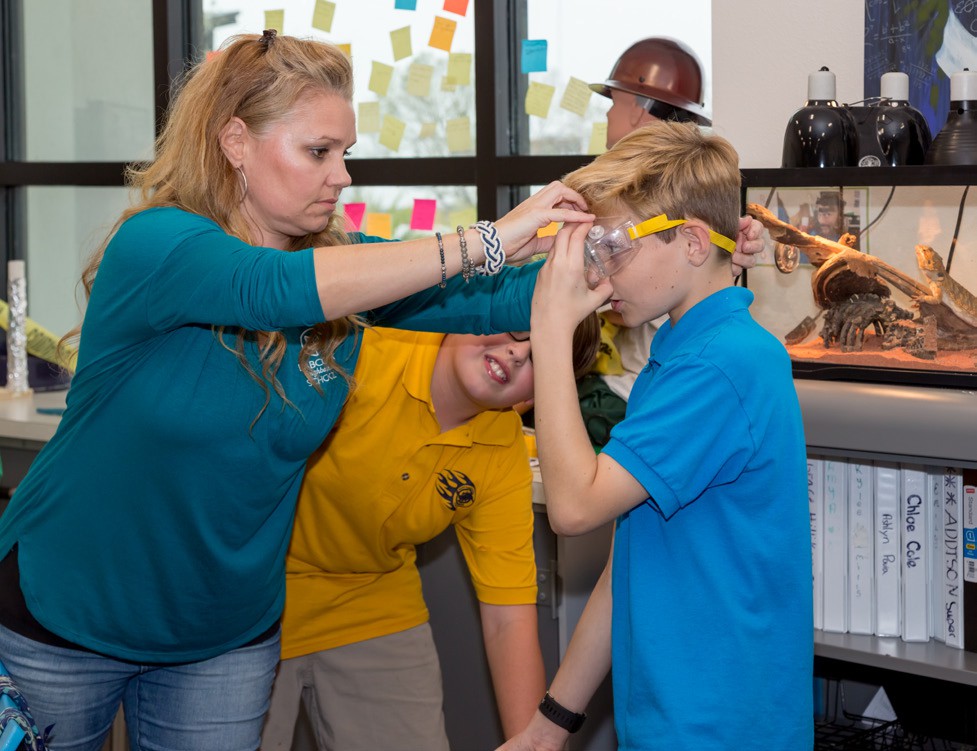 The cook-off was sponsored by the IMAG History & Science Center and the Florida Department of Environmental Protection. The event was a stop on the seventh annual STEM Tour presented by the STEM Team of SWFL, which is part of the Chamber of Southwest Florida.

Ms. McLain said that the rules for the contest required the students to build their own cookers and then prepare a dish of their own choosing cooked to safe food temperatures within a two-hour timeframe. They also had to prepare a booklet with recipes, materials, material costs, sustainability of the cooker and other information about solar cooking.

The event fit well with BNS’ instructional mode, which is project-based learning.

“The essence of the work that we’re doing, the charter here,” said BNS principal Shannon Treece, “is all about engaging students and making the learning environment meaningful.”

The students chose to build a cooker based around a Fresnel glass, a lens with concentric rings that concentrates solar rays, because it heats quickly and can overcome hazy conditions that can impede other solar cookers. The lens focused the sun’s rays onto a copper plate topped with a cast iron skillet with a lidded glass casserole dish in it to cause convection and conduction to cook the chicken. One of their teammates had already been researching solar cookers and had the lens. Choosing a cooker type was easy for the team, Ms. McLain said. Choosing a recipe to cook was the hard part.

“It was more like an argument,” Ms. McLain said. “I have to remind myself that they’re sixth graders. One of them was set on having a salmon meal, but the others said no, they didn’t want to cook fish, so that was going back and forth. It was probably the toughest part because the guy who wanted the fish was a holdout, but then we got a message from the group organizing the event that some of the judges were allergic to fish.”

She said the students did all of the research and shared the responsibilities of preparing for the event. Some attended to cutting up and marinating the chicken while others came up with bamboo booth decorations and even carry-out boxes with chopsticks to fit the recipe theme.

“They really wanted to make Babcock Ranch stand out,” Ms. McLain said. “They said people were expecting, since we come from the solar town, that we should be able to cook with solar energy, and we wanted to show them we could.”